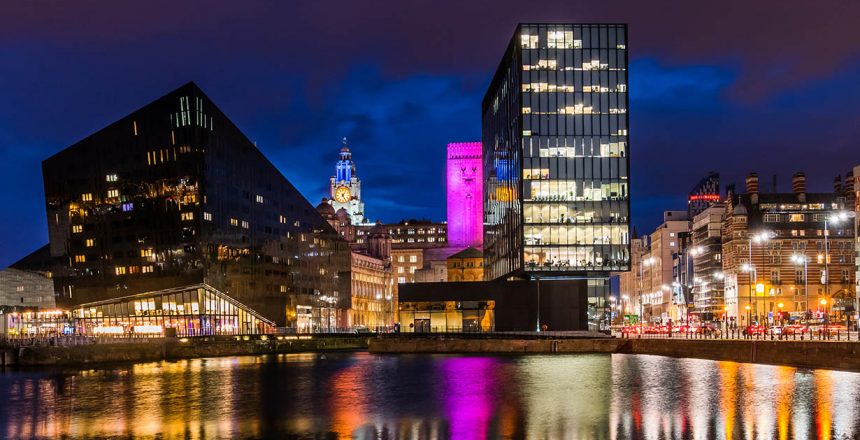 In an effort to unlock the city’s capital potential, Liverpool is undergoing a vast regeneration attracting £1 billion every year in investments. Liverpool is undergoing a £14 billion regeneration project that will see 10,000 new homes, Everton FC’s new stadium, a new cruise terminal, a new TV and Film hub, £250m of road infrastructure and 2 million sq ft of commercial office space. This regeneration is taking place across the city, but the redevelopment of Liverpool’s iconic waterfront is what is catching the attention of investors across the world.

Liverpool Waters is a development located on the waterfront utilizing a 60 hectares space of derelict docks all part of a £5.5 billion scheme to bring residential, commercial and leisure facilities including a new cruise liner terminal plus the new home of Everton FC, Bramley Moore Dock stadium.  There’s no denying that Liverpool is adapting to encourage investment into the city and this has been encouraged by the Liverpool in London scheme which acts as “a base for Liverpool’s businesses who want to benefit from a London location to network and secure business opportunities, without the significant cost associated with a London address.  Liverpool in London membership puts you and your business at the heart of the capital, helping you to secure deals in this vast marketplace.” This scheme is a breath of fresh air to the run down dockland areas which is transforming Liverpool into the northern powerhouse and centre for business innovation as Liverpool has the fastest rising productivity of any major city outside London and has seen a 39% increase in economic output over the last decade. 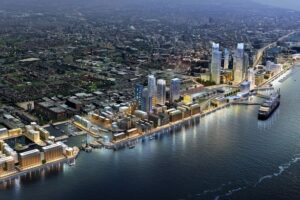 Liverpool Waters offers a variety of opportunities for investors whether that be within the commercial or residential industry as the influx of new workers to the city has forced house prices and rents to surge over the past year making it one of the most in-demand areas in the UK.  According to hometrack and the latest UK house price index report, the average UK house price growth across the last year is at 4% due to buyer demand hitting an all-time high whilst supply of new homes to the market still lags. Liverpool is the second-highest performing city in the UK with 6.3% growth over the last year, several factors have contributed to this firstly the search for space due to the pandemic, this has motivated people to look to achieve more value for their money and look to the north of the UK where average house prices are cheaper in comparison to the south. Secondly, the regeneration and economic development of Liverpool has caused a boom in workers moving to the area especially between the ages of 17-29 hoping to take advantage of the city’s innovation and work opportunities forcing the rent within the city to offer the highest rental yields across the UK.

Property investors have already taken advantage of phases 1 & 2 of the Liverpool waters developments that have been built but now with phase 3 underway and expected to be completed by spring 2023 there is another chance to get into the market and capitalise on the major growth within its economy which supports over 51,000 jobs and is worth over £4 billion. For more information on our Liverpool developments please don’t hesitate to contact us through our website.