New masterplan launched for next two decades of Birmingham’s regeneration 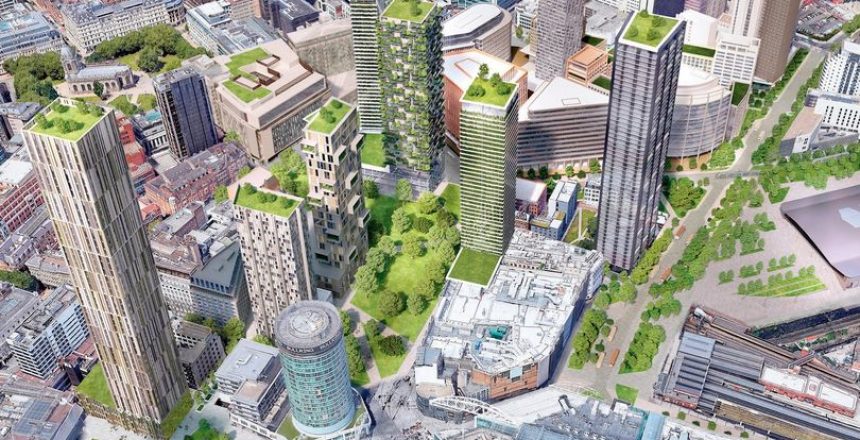 A consultation has been launched aimed at shaping the future of development strategy for Birmingham over the next 20 years.

Called ‘Our Future City Plan: Central Birmingham 2040’, it will set out the potential development and regeneration projects for the city centre and will replace the much-lauded ‘Big City Plan’ unveiled in 2010.

Birmingham City Council, which is running the consultation, said the strategy would focus on creating people-centred environments, opportunities for growth in emerging green industries and improving health and wellbeing through access to green spaces.

Among the other aims of the masterplan is to strengthen links between the city centre and nearby districts such as Aston, Nechells, Balsall Heath, Small Heath and Sparkbrook.

The council said the impact of the covid-19 pandemic, alongside wider environmental, societal and economic challenges, had prompted the launch of this project.

Council leader Cllr Ian Ward said: “As the main centre of development activity in our city over the last 30 years, investment in the city centre has provided jobs, homes, improvements to sustainable transport, new cultural destinations and educational opportunities.

“With the opportunities of HS2, expansion of the West Midlands Metro and the Commonwealth Games on the horizon, the city will continue to be a major regional, national hub and centre for international investment.

“This plan marks a major change from previous approaches to the city centre, with a clear intention to spread the benefits of development and investment into inner city areas, supporting access to infrastructure, jobs and improved public spaces.

“The release of an early engagement document such as this is intended to seek feedback from a wide spectrum of voices ranging from the individuals, organisations and communities to ensure all of Birmingham’s communities are shaping the city together.”