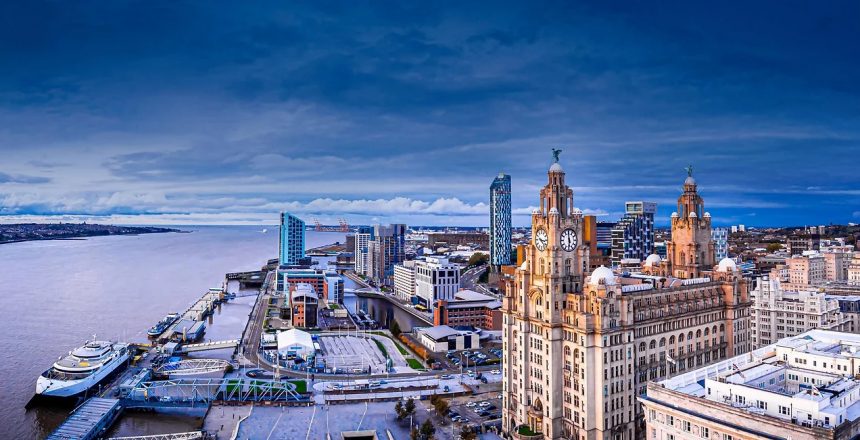 As the UK sees restrictive measures eased further this week and the next step towards a normal life again continues, we have had a look at the effects on the rental market across the UK over the past 12 months and what to expect moving forward. According to the latest UK rental market report from Zoopla, the annual change in rental prices across the UK was -1.2% however excluding London from this report and there is a +3% annual change in rent which “marks the highest level of rental growth for four and a half years”

The trend is continuing within the rental industry as with the sales market where more people are searching for value for money and additional space. As the average price of property in the North is cheaper these are the areas to be seeing continued and the highest levels of growth in the past 12 months Newcastle 5%, Sheffield 4.7%, Liverpool 4.1%. The affordability in these northern cities compared to income levels is much more favourable hence why there is a shift to rent property in the area along with heavy investment such as the redevelopment of Liverpool’s iconic waterfront, Liverpool Waters. As renters see an opportunity to move into a city where the rent is £639 compared to the UK average of £923 that is undergoing a £14 billion regeneration there is an opportunity to get more value for money as business opportunities grow exponentially. 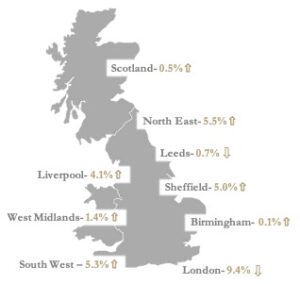 The data tells us that due to the lack of supply of new homes into the market in these Northern cities until recently means demand is heavily outweighing supply causing the prices to increase faster than anywhere else. As there have been heavy investment portfolios into cities such as Manchester, Liverpool and Sheffield with major tech companies relocating and Everton’s new football stadium being some examples professionals are now offered more opportunities in the north to get a more favourable value for money when renting compared to the south and especially London. According to Zoopla’s report “The number of properties purchased using a buy-to-let mortgage was 45% lower in 2020 than in 2015, and the number of homes in the private rented sector has fallen slightly since 2016 as landlords rationalize their portfolios in the face of tax changes and additional regulation”. As the stamp duty tax was relieved over the past year to encourage more investment into the buy to let property market this should have a positive effect for the market where investors have taken advantage of this opportunity to gain on their property investments in the future.

The uncertainty within the world is gradually decreasing and as the economy opens up especially business’ in these city centre hotspots can return to business as usual over the summer it is expected that demand will return as increased affordability levels will start to counter the negative pressure that has been seen on average rent across the UK over the past 12 months. The economic uncertainty across the world will see rental demand increase coming out of the pandemic due to a reluctance in people investing in new homes whilst jobs and industries remain unpredictable. Investors now have an opportunity to capitalize on the stamp duty tax relief and take advantage of the cities which are seeing heavy investment and some of the highest rental growth since March 2011.